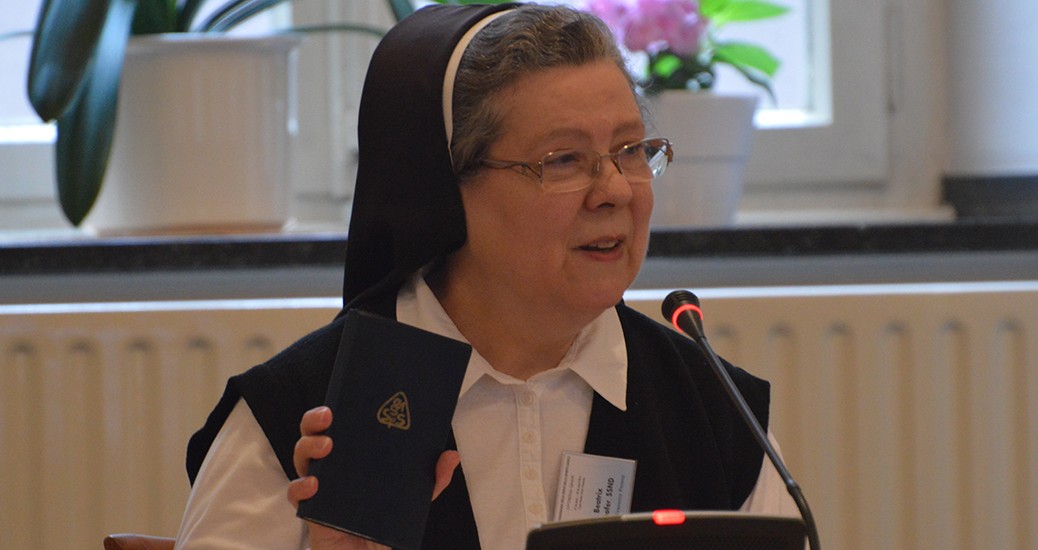 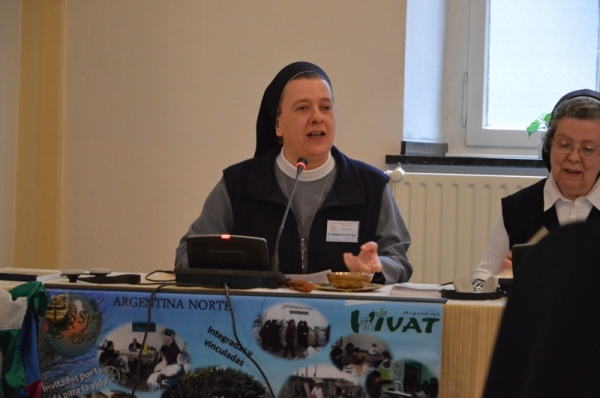 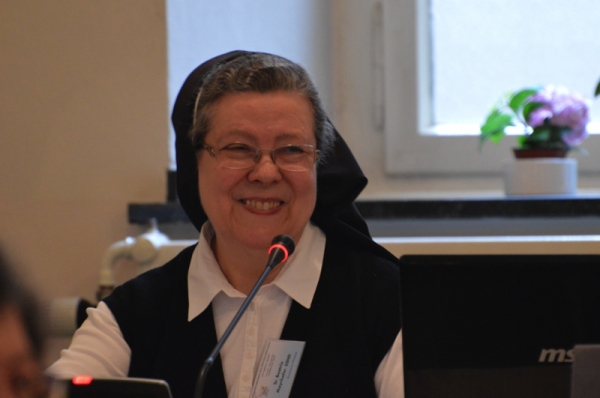 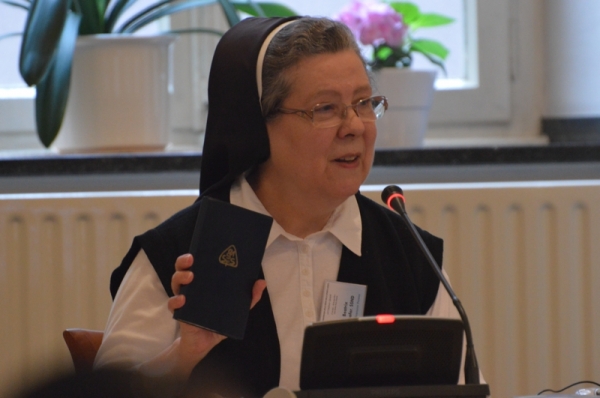 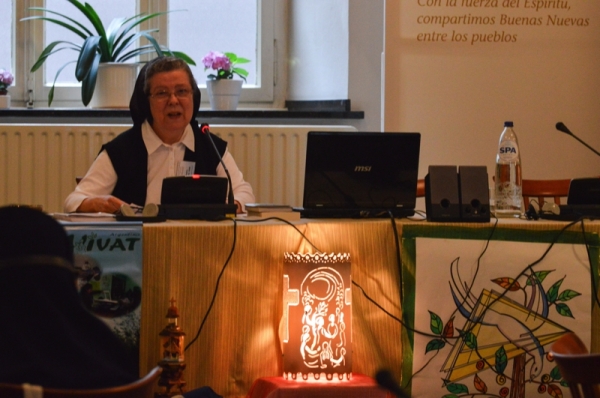 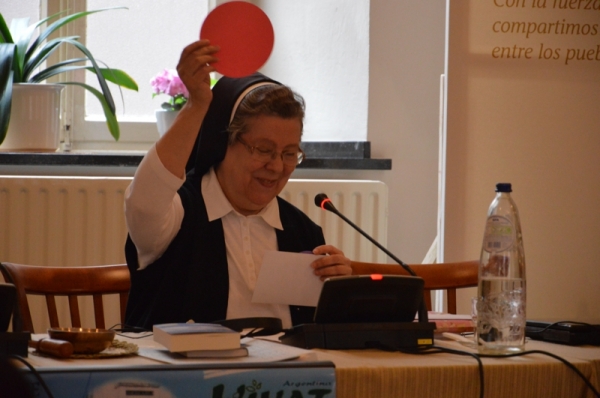 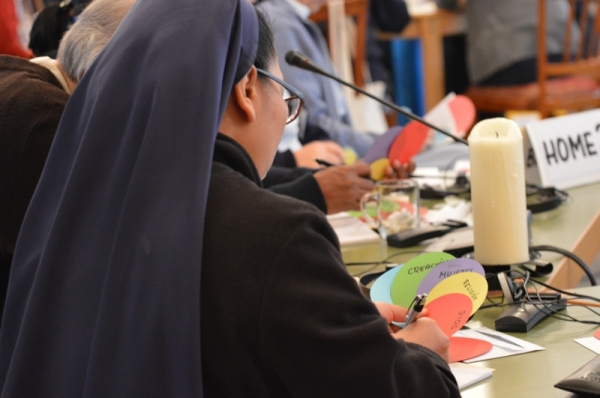 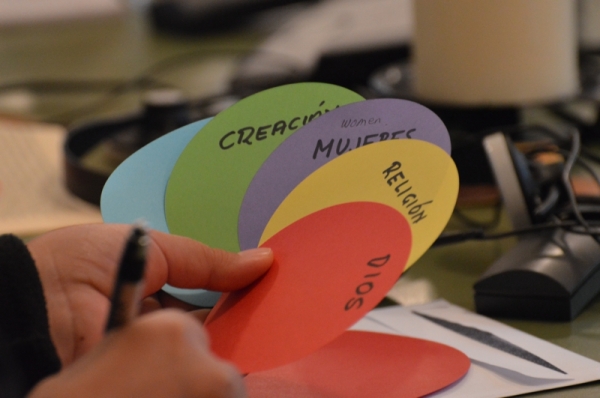 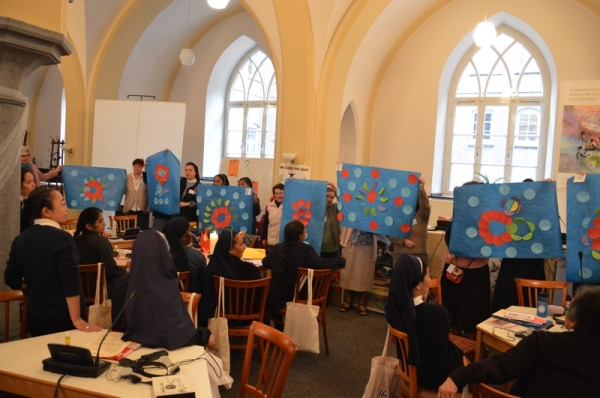 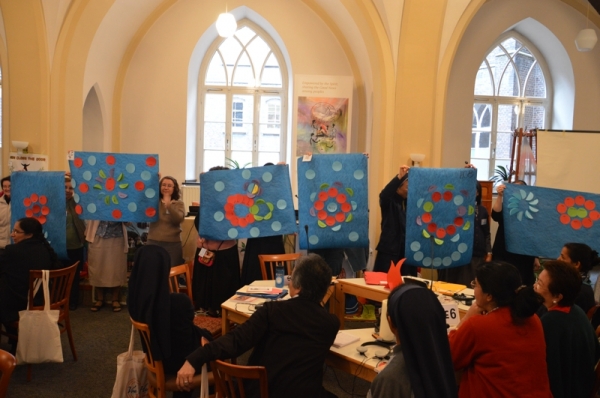 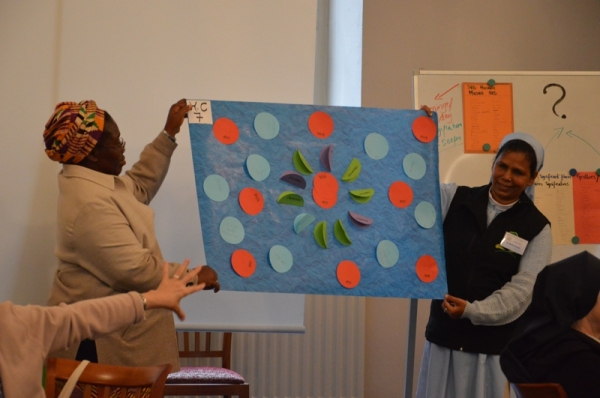 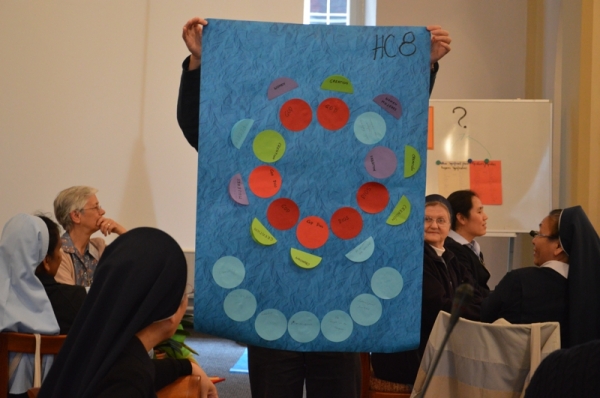 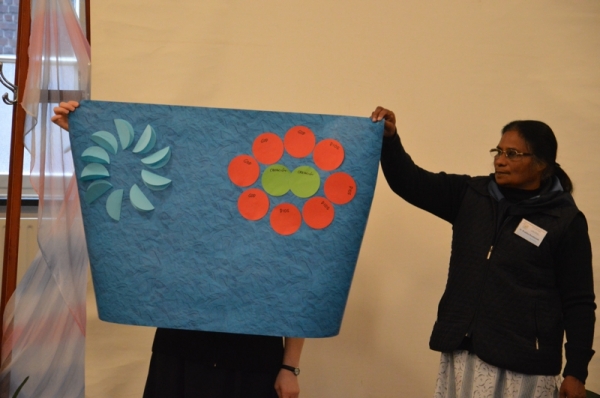 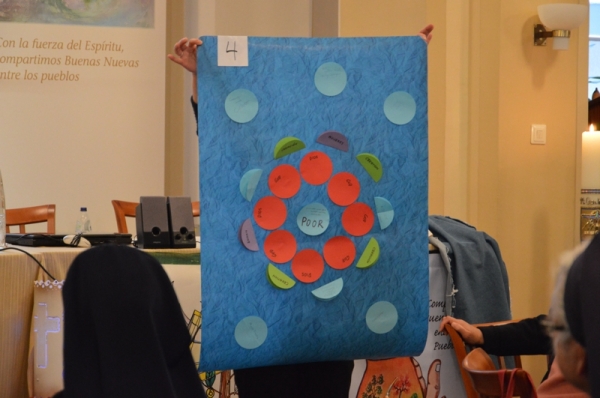 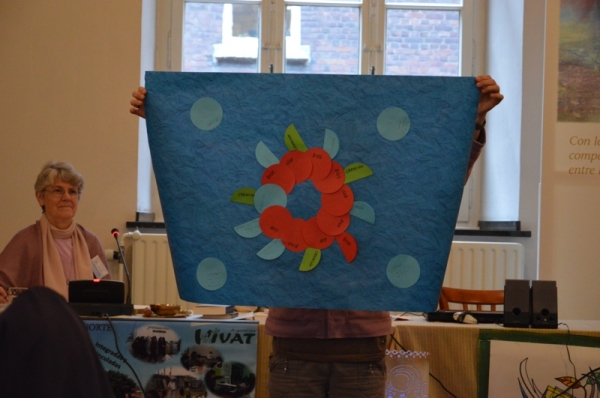 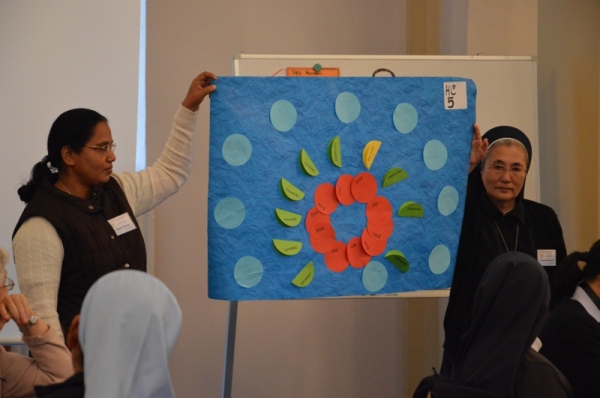 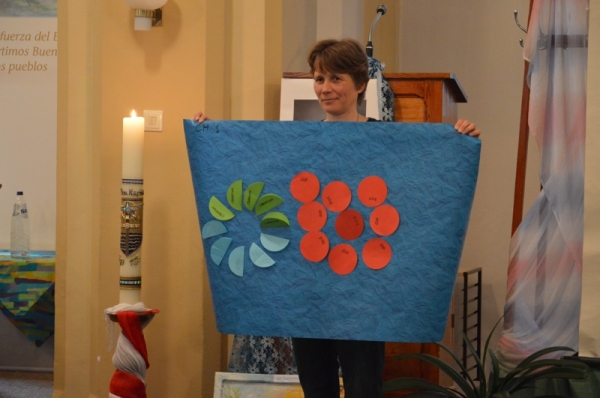 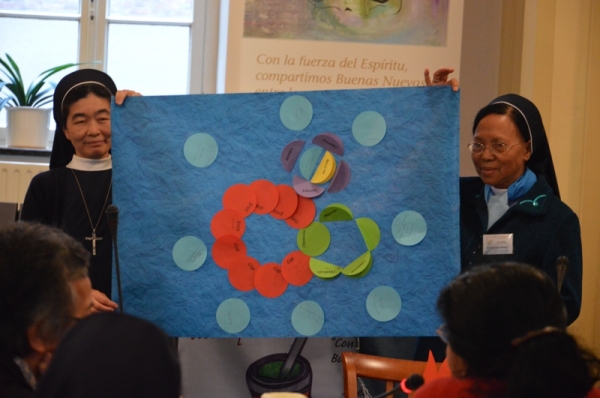 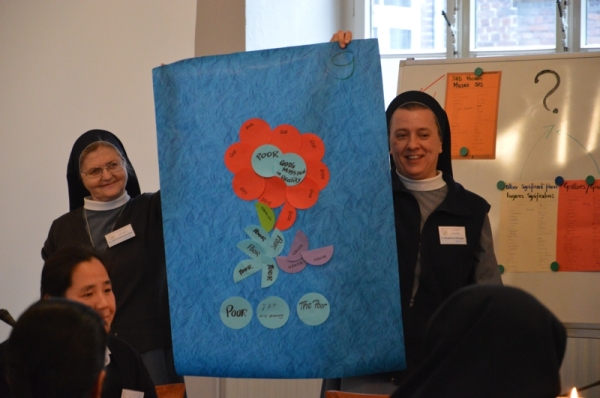 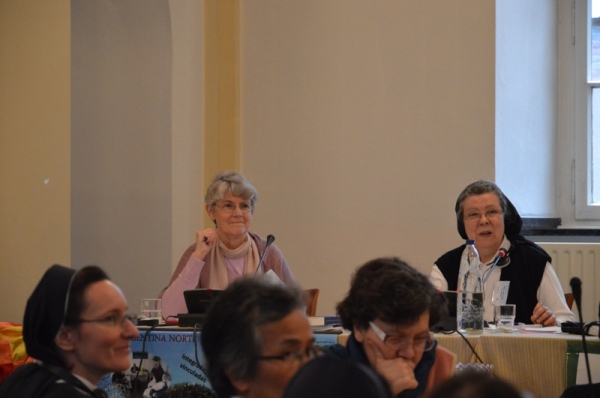 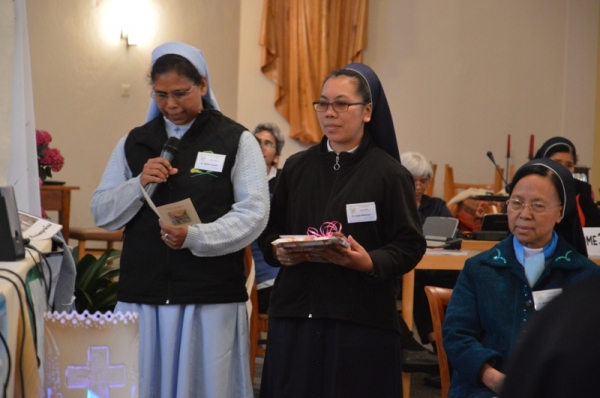 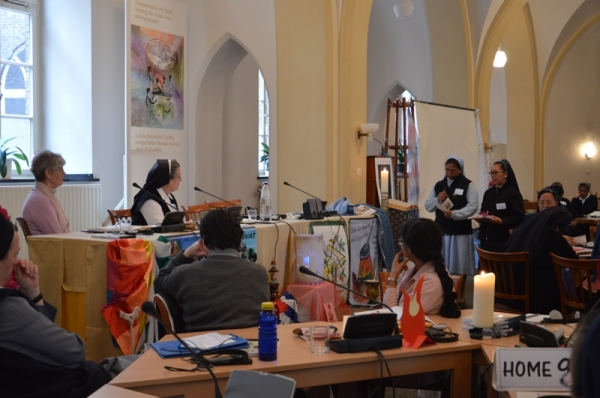 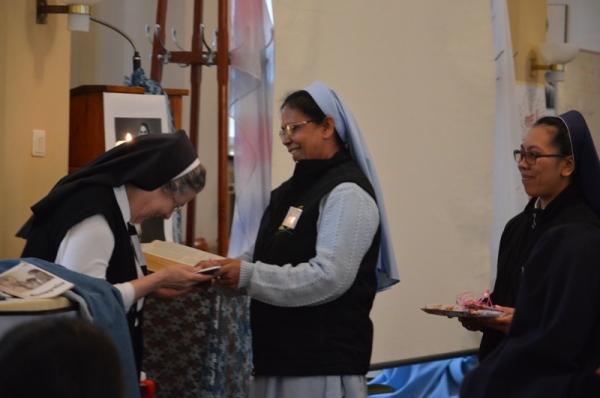 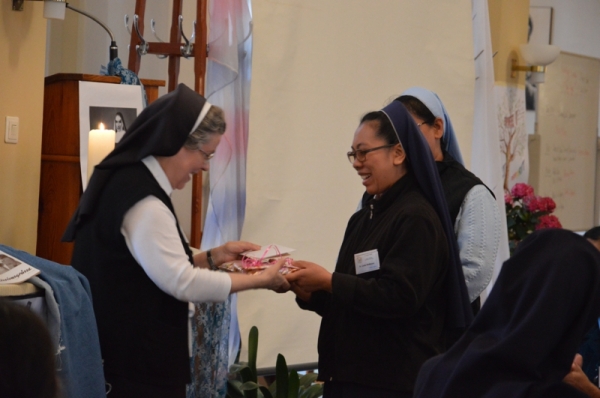 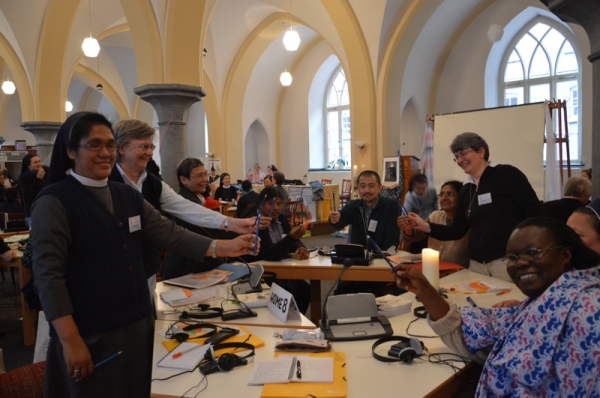 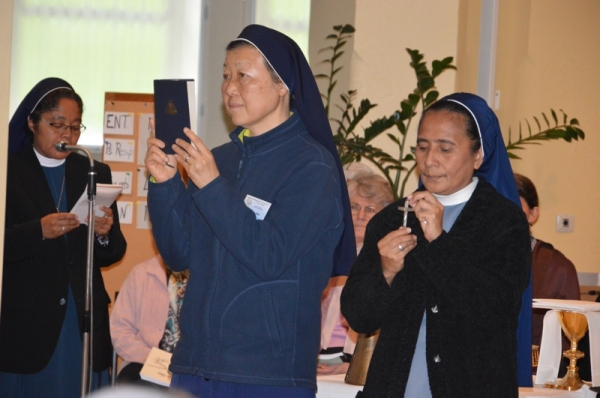 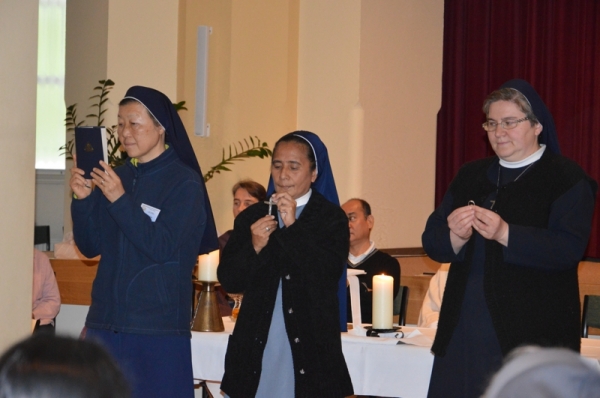 Sr. M. Beatrix Mayrhofer SSND, whose roots were nurtured in the SVD parish of the Sacred Heart in Wels, Austria, made her presentation in a storytelling manner. Â It was indeed, a very personal sharing.

As a child she was familiar with the mission magazine â€œMissionsgÃ¼ÃŸeâ€ (greetings from the missions) published by the SVDs. Â She pointed out the significant shifts in religious life using this magazine (issue no.3 of 1960) and our 1984 Constitutions.

During the Second Vatican Council the whole Church underwent a massive paradigm shift, when it began to respond in a new way to the times and to the changes occurring in society and the world at large. This process involved an unprecedented reworking of the Churchâ€™s understanding of itself and of its language. In our own Congregation, in an attempt to adapt our way of religious life to the times, a â€˜reworkingâ€™ took place with the Constitutions of 1984.

Weaving threads from the words of the Prologue of our Constitutions, and highlighting changing world realities, Sr. M. Beatrix discussed four areas of paradigm shift significant for us as religious, under the headings: the concept of God, the theology of creation, the position of women, and religions.

The first shift noted the change in the notion of God, in a world in which for many people the existence of God can no longer be taken for granted. With the question of God, comes the question of creation and our changing connection with nature (second shift). Â As SSpS, the destruction of the worldâ€™s ecology connects strongly with the situation of the worldâ€™s poor, and has implications on our service to them.

The third paradigm shift is occurring in the understanding of the role and position of women in the Church and the world. Widespread abuse and violation of womenâ€™s rights challenge us to take a stand for the promotion and empowerment of women in all areas.

Finally, the question of other religions and in particular the Churchâ€™s encounter with Islam calls for new ways of conducting interreligious dialogue and cultural co-operation.

The innermost heart of our religious life calls for personal experience of and relationship with God: â€œGod alone can fill your heartâ€ (Mother Maria). Â For us as missionaries, conversion of heart is the paradigm shift that enables us to go out to our mission areas and live what our Constitutions encourage us to do.

Personal reflection followed the input. Â Sr. M. Beatrix invited the Capitulars to be in the presence of the Triune God and be aware of the paradigm shifts taking place in their own hearts.

Sharing in the groups and a colourful and creative presentation in the plenum, on what is burning in the hearts of the Capitulars and important for our future directions, took place in the afternoon. 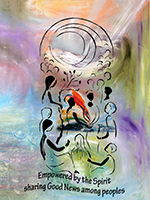 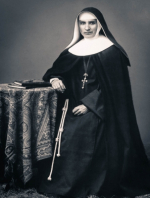