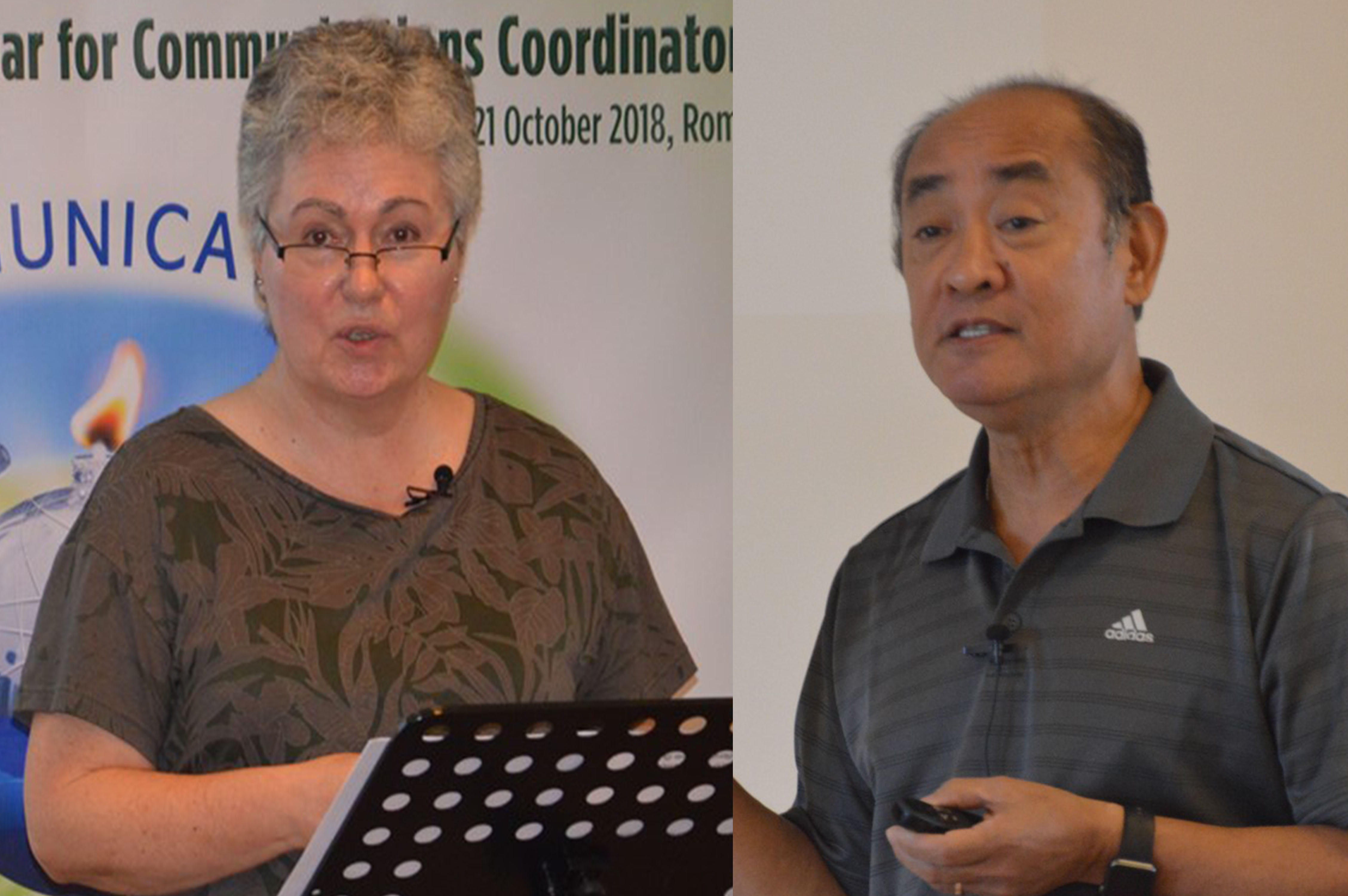 The day began with a meaningful prayer highlighting the 15th anniversary of the canonizations of Sts. Arnold Janssen and Joseph Freinademetz.  Ms. Patricia Stortz led the first session. Her vast experience in the area of communication, particularly on networking, collaboration, language, and technology was evident and inspiring. She spoke about the internationality of SSND (School Sisters of Notre Dame) congregation, of which she is the communication coordinator.  She emphasized that in an international/intercultural congregation, learning the language is a must for every member starting from the initial formation. She explained the importance of language translation during international meetings. She also discussed about the different features of the SSND website that facilitates information in different languages.

For the second part of the morning, with much enthusiasm, Fr. Sonny de Rivera SVD presented about the importance of print media.  He traced its history from the first book published to the dawn of electronic and digital media. He also shared about his experiences as the editor of Arnoldus Nota – the official newsletter of the Society of the Divine Word. Before closing his session, he provided time for the participants to ask questions and share their insights and experiences on the given topic.

In the afternoon, Sr. Marides discussed about the system of translation in our congregation, highlighting the important role of the communication coordinator in this process.  She reminded the participants that one of the goals in the SSpS Communication Plan is: “Materials intended for all members of the Congregation are translated into the respective languages of the Provinces/Regions”.  Valuing every member of the Congregation is the principle behind this goal; ensuring that every Sister benefit from the resources that are intended to enrich and sustain them in the religious missionary life. There was also a discussion on the contribution of the provinces and regions in the SSpSWW Newsletter and its translation to different languages.