A Glimpse of Timor

“A glimpse of Timor“ was promised to us on this Trinity Sunday. And that glimpse was really stunning! We started the day with an early morning Holy Mass at one of the nearby parishes – St. Francis of Assisi.  Upon entering the church, some of us immediately spotted the Arnold Janssen stained glass window at the right side. Even though the parish is not run by SVD, there happened to be a concelebrant, who introduced himself to us at the end of mass, saying “I am your brother”. Fr. Kamillus, who is actually working in Russia, had come to his home country Indonesia to renew his travel documents. Our sister Bohdana, participant from the Russian Region knew him since his very beginning in Russia. One may say, it was coincidence, that he happened to join the parish priest in the concelebration precisely on this day; it rather felt like Trinity – communion.

As regards the celebration, it was a mass just like on any other Sunday, but for us, it was an extraordinary experience – especially for sisters coming from Western countries. The church was crowded with people, dressed up beautifully. Two big choirs, one with adults and the other with children, accompanied the liturgy with their firm and clear voices. Some of the songs were sung in Latin, and people sang along. Towards the end of mass all children were invited to line up and receive an individual blessing from the parish priest. The whole Mass lasted two hours. As we inquired, we were told that all these things happen every Sunday.

From the church we went straight away to our sister’s school – St. Teresa – in another part of Kupang. Sisters from different communities, students, and their families already expected us there, and welcomed us with gifts and coconut drink. We were invited to take our seats and enjoy a very rich and colourful cultural program, especially prepared for us. Students from our sisters’ schools across Timor, a dancing group from a small further away Island, novices and junior sisters came to present to us some aspects of their culture.  Everyone was involved – from children as young as kindergarten up to the teachers themselves with some elders.  There were plenty of songs, dances, and even a fashion show and a short stage play. One part of the program was traditional and classical (like a dance about young people planting rice in the field, while looking for a future partner).  Another part was modern in terms of dress and movement.  The whole program lasted four hours, with a rich and tasty lunch in between. At the end, we all mixed in dancing and picture-taking, just as when we met with the youth two days ago.

The cultural day was an extraordinary experience. Besides a glimpse on culture, we also got a glimpse of many young and talented people. We deeply appreciate the hospitality and generosity of our SSpS Timor province, their mission partners and friends, who put all their love and effort in preparing such a special program for us.

And still, there was another experience of hospitality. After the cultural day, on our way home, we passed by the formation community of our student Junior Sisters. They welcomed us with waving flags, snacks and songs, and again, the dancing could not be missed out as well.

What a Trinity Sunday it has been – communion all over! 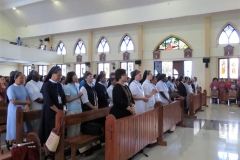 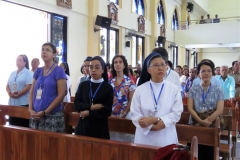 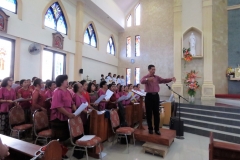 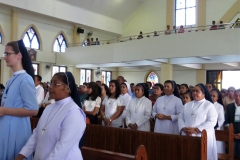 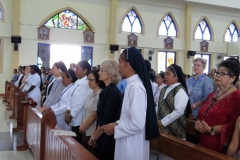 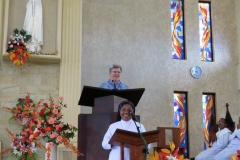 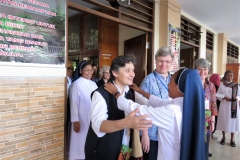 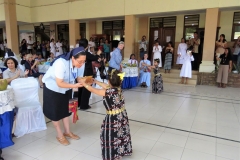 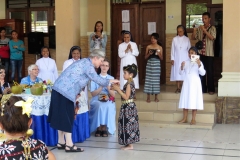 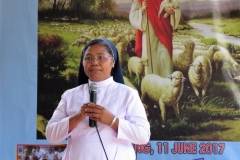 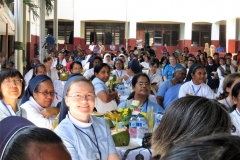 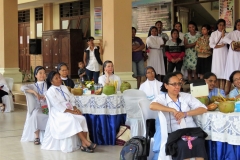 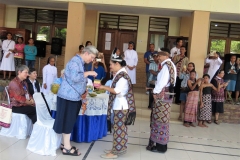 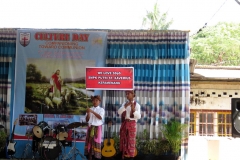 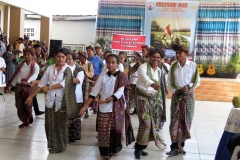 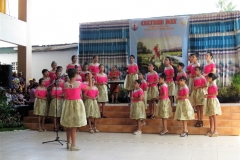 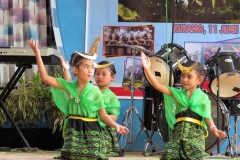 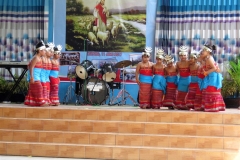 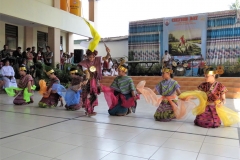 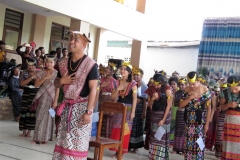 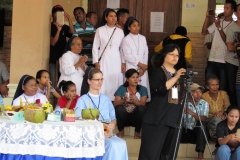 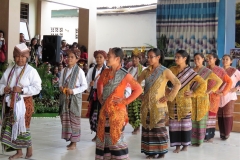 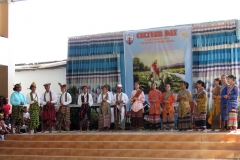 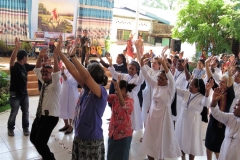 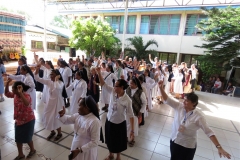 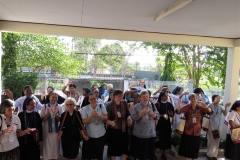 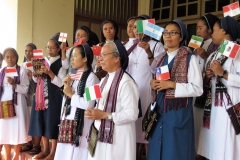 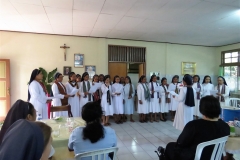 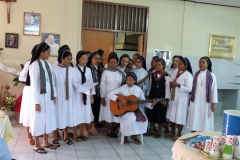