Still with the joy from yesterday’s outing in our hearts and faces, we got back to work today. In the first part of the morning, we continued our sharing on Discernment with Sr. Maria Theresia Hörnemann.  Sr. Miriam Altenhofen followed with a session on Accompaniment that lasted until the afternoon. Then, in the evening, we had a very special guest. But let’s start from the beginning.

We recall that one week ago we spent a whole day on Discernment with Sr. Maria Theresia. However, due to lack of time, we had to end the session with some unfinished business. Yet, even in the sessions that followed – on Interculturality and Sexuality – discernment was very often mentioned. A strong affirmation that discernment is indeed essential to our life as an intercultural missionary congregation in the service of the Holy Spirit.

Today we took up discernment once more and continued our sharing on its importance in the different stages of formation. This time, the stages we looked into were: admission to final vows including mission mandates, juniorate program/professional training, common formation programs, and ongoing formation. Regarding discernment on admission to final vows, Sr. Maria Theresia emphsized the importance of clear and reliable vota, that contains important data about the Sister. Thanks to these vota, the Congregational Leadership Team is able to discern well on the admission of a Sister to final vows.

For Sisters in temporary vows, Sr. Maria Theresia encouraged not only Cross-cultural Mission Experience (CCME), but professional training in theology and missiology as well.  In common formation program across provinces/regions, Sr. Maria Theresia sees a great potential for growth, while underlining the necessity of preparing well the formator for the program.

Finally, ongoing formation is a stage that requires personal responsibility from each sister, not only for her own growth, but for the growth of her fellow sisters and community as well. We could continue the discussion on discernment in formation if not for time constraints.  Sr. Maria Theresia concluded the session saying that “formation as a topic is endless”, because times, people, and situations in the provinces change.

The second part of the day was on “Essentials of Formation and a Discerning Ac-compani(on)-ment”. Sr. Miriam first invited us to remember our own helpful and not so helpful experiences in being accompanied by our formators.  Referring to the Formation Manual regarding the definition of our identity as SSpS, she said that we can only accompany the formandee when we are firmly rooted in our identity as SSpS – “it is like the compass without which we are lost”. Through exercises and inputs, we looked at the basics of a good accompaniment such as respecting boundaries and developing trust. We further touched on the importance of internalising values and helping the formandee to discover God’s voice that is speaking to her through realities. Regarding accompaniment in discerning one’s vocation, she advised us to encourage the person to consider alternatives and not to limit one’s options, in order to make a good decision. As Sr. Miriam shared many practical advises from her own experience and understanding, she also emphasized that the human person, in all her complexity, will always be a mystery. We will never fully understand another person, and ourselves even more so.  Nevertheless, continuous growth in self-knowledge will certainly bring us closer to God and a life true to our call.

After another day of sharings and learnings, our schedule actually foresaw an hour of adoration in the evening. However, during supper we were told that a prominent visitor was about to arrive at our place: Fransiskus Lebu Raya, Governor of East Nusa Tenggara. East Nusa Tenggara is the southernmost province of Indonesia. It includes more than 1.000 islands, among them the three major ones – Flores, Sumba and Timor. Kupang is the provincial capital; also the seat of the Governor. When he heard about our international gathering here in Bello, he decided to see us. In his message he thanked us for having come to his province; he considered our visit a blessing: “you give us courage to become better!” He was very grateful for the work that our Sisters are doing in this part of Indonesia and promised his support, while at the same time asking for ours. We were repeatedly invited to visit some more beautiful places in Indonesia and to share our good impressions of this country with others.

We hope that with this blog some of these good impressions have already come through. And we will certainly continue to share them when we get back to our provinces and regions soon. 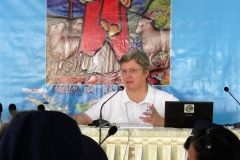 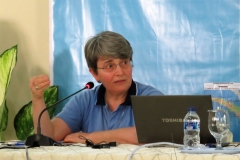 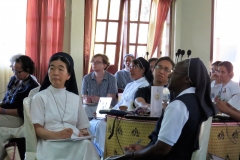 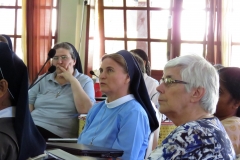 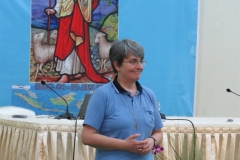 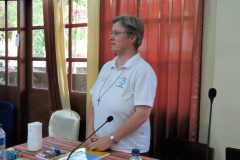 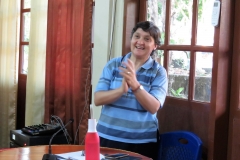 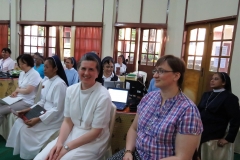 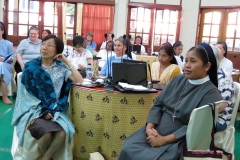 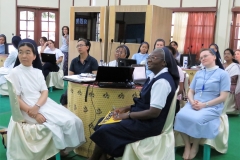 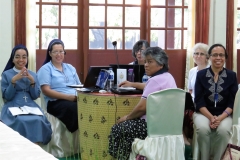 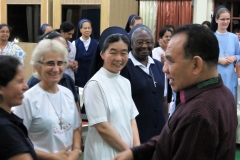 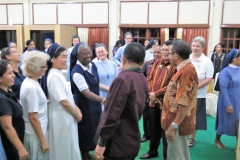 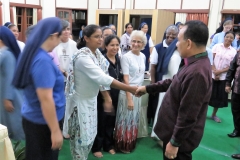 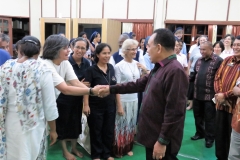 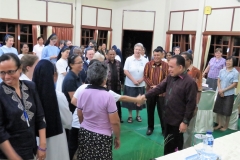 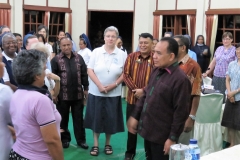 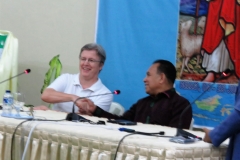 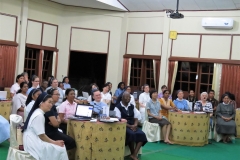 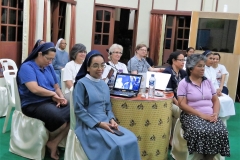 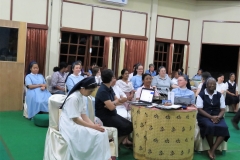 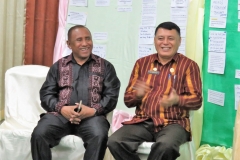 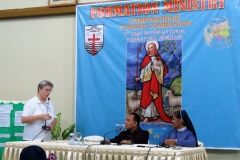 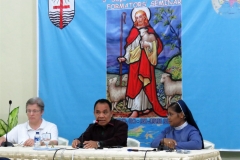 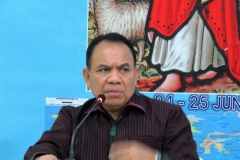 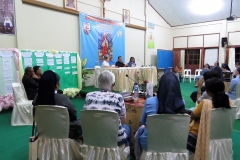 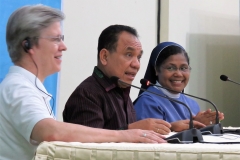 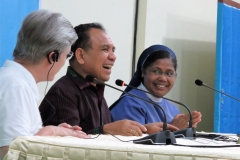