It is all around us and none of us is unaffected by it: culture. Two and a half days, from Thursday to Saturday noon time, we took time for this important and central issue, especially for us as an intercultural congregation. Our sisters Adriana Milmanda (Argentina South), who is also serving as a Spanish translator in this seminar, and Sesilia Andri (Indonesia Java), novice directress in Java, wisely and creatively led us through these days, by means of inputs, cultural tools, and sharings.

How shall we characterize our SSpS congregation? Multi-cultural? Cross-cultural? Inter-cultural? In fact, all of these can be true. While multi-culturality is when different cultures simply live beside but not with each other and cross-culturality is crossing over from one culture to another, we would actually be at our best as SSpS when living in inter-cultural communities. Living in an intercultural community challenges one to cross over into another culture at the same time keeping one’s original culture rooted in one’s identity. Furthermore, interculturality requires, not only from those members that are coming from “outside”, but from everyone, that challenging step of leaving one’s comfort zone. As a result, a new culture emerges that has elements from each culture without one dominating the other. Intercultural communities gradually transform and convert each member. They are also a great sign and gift to our local churches and societies, because they demonstrate that it is possible to live in equality. We actually find this dream of intercultural alive already in our Founding Generation. It is, in fact, “a non-negotiable characteristic of our congregation”, as Sr. Adriana put it.

There are more than 500 definitions of culture (no worries, we didn’t look at all of them!) and several models to explain how it evolves and affects us. We delved particularly into the iceberg model, which, in short, states that only 10% of culture are visible (traditions, symbols, food, dress,…), and 90% under the surface (values, unspoken rules, and basic assumptions, i.e. what we consider as “normal”). In order to live as intercultural communities, we need to bring to the surface and put into words what belongs to the invisible part of the iceberg. It will help us to move from putting our own culture first to acknowledging and owning the values of the other culture as well. Living intercultural is actually counter-cultural, because it threatens the primacy status of one’s culture. Therefore, it requires intentional effort, again and again.

Srs. Adriana and Sesilia invited us to look at the differences between cultures and made us aware of different conversation styles and attitudes toward authority (cf. Hofstede). In addition, they reminded us that we cannot always “blame” it on culture, since there are also differences in personality and life-circumstances that shape our behaviour. Though our first impulse may rather be to run away from differences, out of fear of clashes, Sr. Adriana made us aware that they can also bring about social change – “it depends on how we are going to make use of it”.

Clashes actually happen; conflicts are an unavoidable part of everyday community living. We may find it particularly difficult to deal with them when different cultures are involved. For this, the whole of Friday morning was spent looking into a very useful tool called  Intercultural Conflict Style Inventory (ICSI).  It helps to reflect on the different, partly culturally determined, ways of dealing with conflict. According to this tool, we can distinguish two different approaches in facing a conflict, while looking into the expression of disagreement (direct or indirect) and the expression of emotions (expressive or restrained). Furthermore, these aspects can be combined into four different patterns or styles: discussion, engagement, accommodation, dynamic. Apparently, different cultures tend to prefer different styles. However, this is not meant to stereotype a culture, because any individual’s response to a conflict is further determined by her upbringing in the family and personality. By means of a questionnaire and after some calculations, each of us was able to identify our own preferred style. We gathered many interesting insights, as we shared our experiences with our own style, also when we were confronted by other styles. Hopefully these will help us face future conflicts to avoid misunderstandings or prejudices, and be more effective in our conflict resolutions. It is important to note, that none of these styles is better than the other, but that each of them has its strengths and weaknesses and can be more or less appropriate in different circumstances. The “art” is to choose wisely how to best respond in a given moment.

Becoming more intercultural in one’s attitude and living is a learning process. Even Jesus had to learn it.  While reflecting on three different bible passages, we saw how Jesus himself moved from ethnocentrism to ethnorelativism, i.e. from focusing on his own people only to reaching out to people from other backgrounds as well. In fact, Jesus made a “double movement”. He moved both downwards, i.e. towards the marginalized in his own culture, and outwards, i.e. towards people outside his own culture. Thus, interculturality and communion with the marginalized are very much related to each other.

Again and again Srs. Adriana and Sesilia invited us to engage with each other and reflect on our experiences while doing so. For these activities, words were not always needed. On instance, for example, was when we were given the task to secretly choose two other participants of the group and try to position oneself to them in form of a triangle, however, without communicating. As we were trying to complete the task, we were confronted with the challenge that whenever one person makes a move, it has an impact on all the others as well, not only within the triangle of three, but also on the whole group. An idea that we can easily apply to intercultural living. We are all connected and whatever a single person does or even avoids to do, has consequences for the whole community.

We really have to learn how to live in intercultural communities or settings. The Intercultural Competence Scale (ICS) is another tool to develop our sensitivity and competence. It consists of twelve “skill builders” that are important in relating to people coming from different cultural backgrounds. Some examples are: social openness, perseverance, respect, intercultural receptivity. The list is certainly not exhaustive, but a good orientation to estimate our personal areas of strength, weakness and further development. Still another tool that was introduced to us is the MBI (Map, Bridge, Integrate), a model for effective intercultural teamwork. It invites us to enhance our performance in intercultural teams by creatively using our differences as a source of synergy. There are three steps to do so: 1) Map= understand the differences, 2) Bridge= Communicate effectively, and 3) Integrate= manage the differences in a synergetic way. It is impossible to explain these tools in more details here and now, but we hope to share them with you and our formandee in one way or another, when we come back to our provinces and regions.

We are grateful to our sisters Adriana and Sesilia for providing us with so many useful materials and for making us reflect and interact in so many ways. We are very much motivated to move forward on our journey towards interculturality. For now, it is time to let all our learnings of the past days sink into our hearts. So, before we move into our third and last week, Saturday afternoon is recollection time. 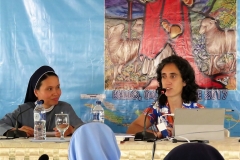 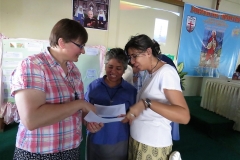 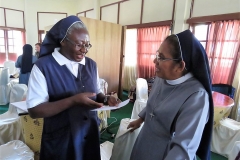 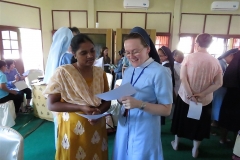 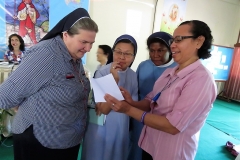 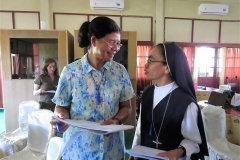 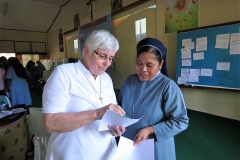 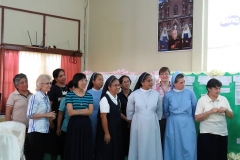 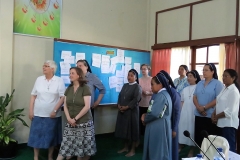 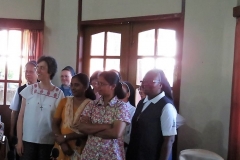 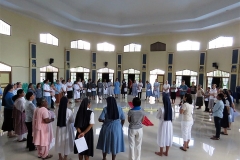 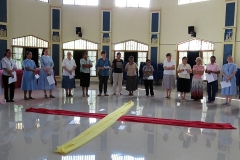 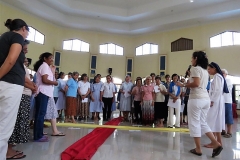 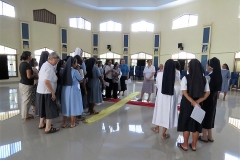 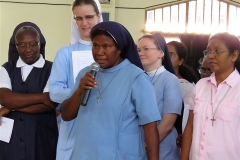 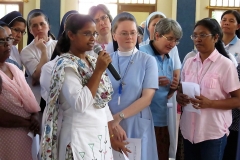 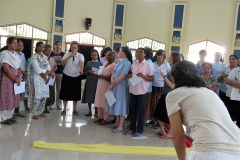 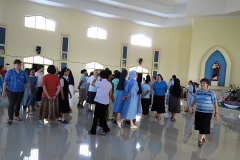 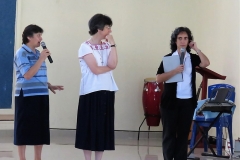 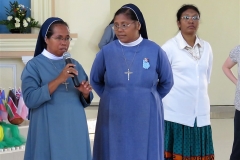 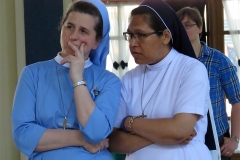 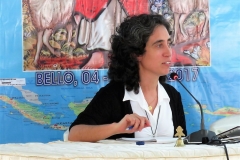 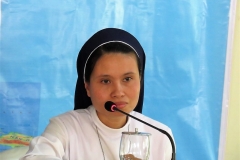 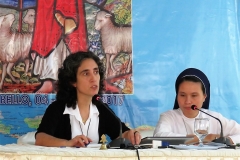 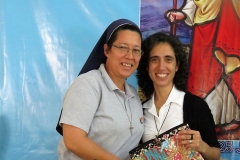 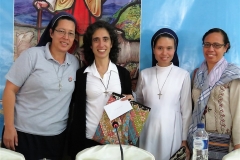 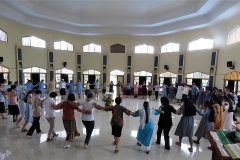 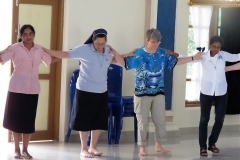