Arrival of the Chapter Members at Ariccia

Arrival of the Chapter Members at Ariccia

When the bus arrived at the Divine Master House in Ariccia and the sisters began to disembark and head for the reception area, it was a moment of great joy mixed with health protocols. The hugs were contained while the temperature was measured, alcohol gel was used, and proof of vaccination (green pass) was presented.

The Sisters of the Congregation’s Leadership Team welcomed each of them and gave them the key to their room where they will stay until the end of the month.

An hour later, the group of 17 sisters who were quarantined at the Mariapolis Center in Castel Gandolfo also arrived. It was another moment of joy and meeting.
For lunch the great majority of the capitulars were already present. During the whole day the sisters were free to get to know the house, to see sisters from other countries who had not seen each other for a long time and to get to know many others.

In the evening other sisters arrived from various countries in Europe and also from the United States. One could feel the spirit of joy and gratitude for finally being able to gather for the General Chapter after years of waiting. 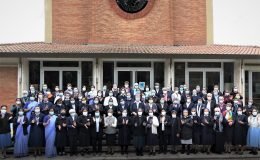 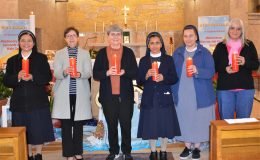 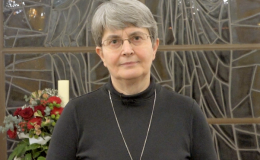 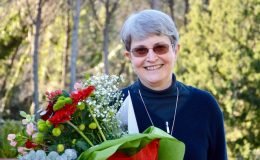