Sr. María Virginia Gette, from the Province of Argentina North, is one of the Chapter Delegates and felt inspired to write a message to the Mission Companions about the General Chapter experience. Here she also shares her message with you.

“Auditorium is a large capacity room that, brings together many people for special events…”

I had only seen from the TV screen such groups of people gathered in a large auditorium to solve problems, decree rules, suppress articles, change the constitution etc. And it was the political parties; deputies and senators where for long hours they argued and argued until dawn… sometimes looking for their own interests.

We, the SSpS coming from the five continents, representing the 46 countries where we are, have entered an immense auditorium on January 12, 2022. Shy start, unknown, place, strange faces, different languages, varied colors… what was happening?

Little by little the movement began, the encounters became closer, and the languages were understood by the heart, the approaches were greater, and we realized that we were united by the same mission, we were looking for a common vision, we came to evaluate, to agree, to project ourselves from our Trinitarian Spirituality and Missionary Charism to follow the mission of Jesus in a changing world, with great challenges and realities that surpass us. As never before, we feel vulnerable, questioned in the midst of the complexity of the current reality.

We want to follow the footsteps of St. Arnold and the founding generation, but we are aware that we cannot repeat the answers of 1889, we are in the twenty-first century. Today we are encouraged by their daring and witnessing attitude, their hopes and dreams. Our congregation is flourishing in Asia and Africa, where the first missionaries were sent, and today from there, new missionaries return to the Western world, to the Americas…

It is not “our mission”, it is the mission of Christ, who through the Spirit blows where he wants and how he wants. Today, we believe that this is not an “Auditorium” it is a Cenacle, where each day begins with an hour of prayer around the Word of God and culminates the day with the Eucharist.

Thus, everything changes, because they are no longer my projects, but the Projects, searches, dreams, challenges, the questions, joys and hopes of the almost 3000 Servants of the Holy Spirit who in the 46 countries and the different peoples and cultures seek an answer to a common mission and a new vision of humanity that helps us to live our missionary charism. “Immersed in the Life of the Trinity, we Transform the world with Compassion” 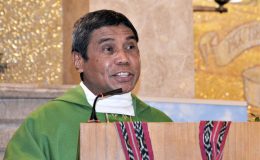 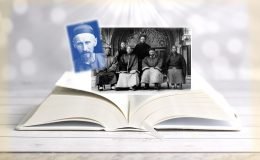 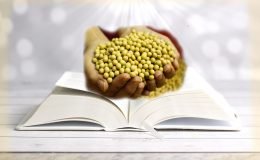 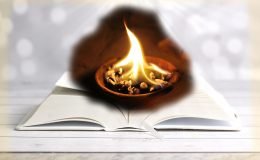 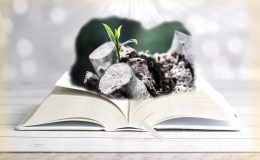