Recently we celebrated the World Refugee Day and together with some sisters of the Generalate Community we went to the celebration promoted by the St. Egidio community in the Basilica of Santa Maria in Trastevere which took place on June 23rd.

The theme of the celebration – Dying of Hope – had a great impact on me and I asked myself: How is it possible to die of hope? Nowadays there are so many people who destroy their lives because they have completely lost hope. There are young people, teenagers, people of all ages who commit suicide for different reasons. Many due to the devastating effects of depression and other psychic illnesses, others due to the loss of meaning and perspectives in life… But in all these cases, there is a lack of hope.

In the case of refugees, those who are forced to leave their countries because of war, political, ideological, religious persecution, famine, or simply the search for a dignified life in another part of the world… This hope should not kill! On the contrary, this hope is so powerful that it moves thousands of people to face every kind of danger and to risk their lives to build a better future.

So why is this hope destroying the lives of thousands of people who try to enter Europe every year?

At the entrance of the Basilica of Santa Maria there was an exhibition of photos showing the situations that migrants and refugees face: crossings in clandestine boats overcrowded and without any safety conditions, long walks on foot or in precarious means of transportation… Faces marked by suffering… Mothers with children, young people, men, people of all kinds… Ordinary people, just like you and me. People who one day have to flee desperately to protect their family.

During the ecumenical celebration with representatives of various Christian churches, those who lost their lives trying to reach Europe were remembered. During the period from January 2021 to today, less than a year and a half, 3200 people (known data) have died in the Mediterranean or by land on their way to Europe.

Some concrete names of people who have lost their lives and in what situations were mentioned. In the last year alone, 903 refugees from Libya drowned in the waters of Libya, Malta or on the Italian coasts. Here at the Generalate we welcomed a family who had come from Libya and were attending the celebration. On their return we met them at the bus stop and they shared with sadness that they knew some of these people, including an entire family.

The 323 children killed in Ukraine since the beginning of the war on February 24 were also remembered. Near the altar, a blue and yellow cross silently bore witness to the drama experienced by the Ukrainian people.

The list seemed endless… How is it possible to contain so much suffering in our world, created for love and to live in fraternity? It’s hard to think that all these deaths could be avoided if there weren’t those who take advantage of human suffering to cheat, swindle, and enrich themselves… All this could be avoided if the war industry were not encouraged, if in fact we all considered ourselves brothers and sisters, citizens of the same planet and bearers of the same rights.

But it is easy to point to others as responsible for so much misfortune. But the problem starts within the human heart that harbors prejudice, violence, rivalries, and selfishness of all kinds. So I ask myself, to what extent do I allow my heart to be transformed by the merciful and compassionate love of God that calls us to include all people in our love? How do I welcome my vulnerability and experience in concrete situations this inclusive and compassionate love?

I know that I cannot change this reality and I wish that all people could live in hope, an attainable and transforming hope, able to lead to great challenges, as our refugee brothers and sisters do, but one that would bring improvement to all of humanity?

Even so, I believe that we are all interconnected and that in some way we participate in the pain of humanity, but also in its greatness. Any gesture of conversion, of change of mentality within each and every one of us, may be a small step, but it is a contribution to the whole of humanity.

I conclude by expressing my deepest wish: that all migrants, refugees, and all human beings may live in hope. 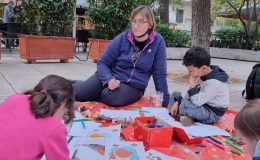 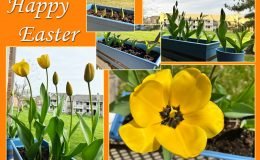 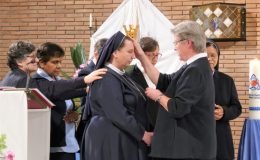 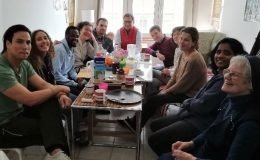 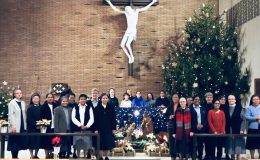