India: Kerala is experiencing a catastrophe of a lifetime

India: Kerala is experiencing a catastrophe of a lifetime

The deadliest deluge in close to a century has claimed around 150 lives since August 8 and according to the Chief Minister’s office, 300 lives have been lost in rain-related incidents from May 29.Thirty-five of Kerala’s 39 dams have been opened, 41 of its 44 rivers have been flowing above the danger mark.

The death toll from the unprecedented downpour across the state is increasing day by day and many remain missing as massive flooding and landslides have destroyed homes and displaced above, 600,000 people. Scores remain stranded in the top floors of submerged houses, with water levels rising every hour. Distress calls have been pouring in at the emergency response centers set up in every district headquarters.

Several hospitals with hundreds of in-patients have been heavily hit. Thousands are awaiting their fate staying inside their houses, on the terraces, and upper floors. Almost all the schools, churches, mosques and temples have become refugee camps for hundreds though many of them under the threat of submerging. The districts of Pathanamthitta, and Ernakulam have been the worst affected in the second phase of rains.

The Cochin International airport has itself been flooded and closed, railways have shut down their services, roads are closed, and most of the shops and buildings are submerged under water, making life ever risky and dangerous

First and second phases of floods

Rains began a few weeks ago and intensified over the last week. The record rainfalls in various parts of the state caused rivers to burst their banks, and triggered large-scale floods and landslides in several areas. It was the landslides that caused the majority of deaths. More than 80 were buried alive in the landslides. Hundreds of houses have been destroyed.

The government machinery was on guarded when the first phase of rains started. Like a well-oiled machine, they promptly cautioned and evacuated people living on the banks of the river. The shutters of major dams were opened systematically, but a few lives were lost in unexpected landslides and one or two drowning incidents. The five shutters of Idukki dam were opened for the first time, as the water level touched 2,401 feet. The Malabar region was the worst-hit in this first phase with the hilly areas of Wayanad, Nilambur and Eastern Kozhikode seeing multiple landslides. But the real showdown of the nature was yet to happen.

The estimated loss after the first phase of flood stood at Rs 8,316 crore in a preliminary assessment.  This was before the second wave of floods, which hit the state when the controversial Mullaperiyar dam neared its capacity. The incessant rain worsened the situation as dam shutters across the state had to be raised, causing unprecedented floods from last Monday. This time, it was well beyond the capacity of the state machinery, and the situation started slipping out of hands. From south to north, all the districts were affected badly with Pathanamthitta, Ernakulam and Trissur being the worst hit. Periyar, Chalakudy, Pamba, Achankovil and Bharathapuzha rivers flooded. Houses on the banks were sunk with water levels reaching the rooftops of two-storied buildings.

Even after a week of continuous catastrophic events down south, the English and Hindi media, television in particular, were not interested in extending substantial coverage. The coverage also lacked comprehension barring some exceptions, prompting strong responses from the media fraternity.

There are over six lakhs people being put up in nearly 4,000 odd relief camps across the State. The worst affected districts in the State are Ernakulam, Pathanamthitta, Wynad, Alleppey, Thrissur, Kottayam, Idukki etc. The casualties and people affected have been unprecedented as the floods entered the major cities and towns like Aluva, Chalakudi, Cochin, Chengannur, Tiruvalla, and Calicut which have never witnessed serious floods ever. The highest number of camps and people are in Ernakulam (416 camps – 1.42,000 persons), Alleppey (500 camps – 80757), Pathanamthitta (289 camps – 35853) and Kottayam (302 camps – 22,000). Even while best of efforts are put in by the locals and the government, the relief camps too are getting submerged and the receding waters have created serious havoc in Upper and lower Kuttanad in Alleppey district making almost two lakhs people leave their homes.

Now even a rough estimate can place the total loss around Rs 20,000-30,000 crore, with over six lakhs of people being put up in the nearly 4000 odd relief camps across the state.  Despite the best of efforts by the Government, relief teams and local people, thousands are left stranded in water and are left to be saved.  The local people, fishermen and security personnel are trying to reach out to the people submerged in water in small boats.

Rebuilding lives from this muddy ground when water recedes would be the biggest challenge before all of us. The highly volatile situation demands help and support from all people and institutions of good will to tide over this catastrophic situation.

Dear Sisters, the situation of Kerala flood seems to come under control in one part of the State and at the same time water level is increasing in lower parts of Kerala. The rescue operations are done by the Army and many other people. Death toll rises up to 300 above 7 lakhs people are in 4000 relief camps. Around 75,000 families are affected. Efforts are made to rescue the people stranded at different places, many of the sister’s families are also affected. We need to extend our support to them. Both the SVD and SSpS Provinces in India through VIVAT International India is making plans to reach out to these people. We will also send volunteers to support the relief activities.  To support the victims as a Province we have already initiated various plans like requesting the sisters, students in our schools, well-wishers to contribute in kind or in cash to help the victims. All our communities are having chain adoration praying for this intention. A team of sisters will move at the earliest to the affected areas to help in the relief camps with medical and other facilities. It will take few days as train facility to Kerala is restored.

We look forward to your prayerful support for the flood victims of Kerala. 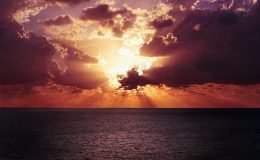 A Contemplative Prayer to the Holy Spirit 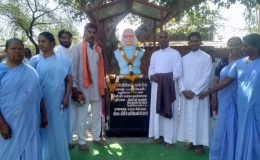 In Communion with Prisoners

In Communion with the Victims of Alcohol and Drugs