12 March 2017 – The 12th SSpS International Formators Course (SIFC) formally opened in the Philippines.  Sr. Eleonora Cichon SSpS gave the welcome message in behalf of the Congregational Leadership Team (CLT).  There are 6 nationalities among the 13 participants coming from 12 SSpS Provinces/Regions.  The Province of Philippines North is hosting this course for the 11th time, with Sr. Leonisa Andino as Coordinator and Sr. Emmanuela Setyaningtyas, from the Province of Indonesia-Java, as Assistant Coordinator.

The Holy Eucharist was presided by Fr. Raymun Festin SVD, the Provincial Superior of Philippines Central Province.  More than 50 Sisters from Metro Manila communities joined the celebration with Sr. Carmelita Victoria SSpS (Provincial Leader of PHN) and members of the Provincial Leadership Team.

It is quite significant that the CLT chose this date to begin the course because on this same day in 1894, Mother Maria and 11 other Sisters made their First Vows in the Congregation.  Mother Maria, besides being the Co-foundress, was also one of the first formators appointed by the Founder.  She is a great source of inspiration for our formators.  May this course not only equip them professionally, but also enhance their sensibility and openness to each other’s diversity, with the sole purpose of bringing forth LIFE among them, during this special time, and later among the formandees and other people to whom they would be missioned to serve. 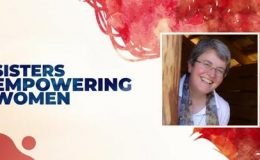 Flourishing in Times of Crisis 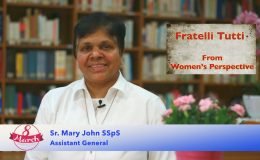